I was at a local +Family CHRISTIAN bookstore today, a mine field of error with a few good selections mixed in, looking for a larger print Bible. Not seeing much of a selection in the ESV translation, I asked for help.

The employee told me that there are several books of the Bible that the current bibles omit, and proceeded to tell me about the gnostic gospels that her live-in boyfriend prefers.

I cautioned her, and asked her to read the last chapter in Revelation in regards to adding to the Bible after the closing of the canon and she looked at me like I was the out of touch nut job.

I guess it's "buyer beware" when shopping for bibles. ESPECIALLY at the Family Christian bookstore. ﻿

David Platt – Why “Accepting Jesus In Your Heart” Is Superstitious & Unbiblical

Get more discipleship resources at vergenetwork.org

This is heartbreaking, when you consider the way he broke his vows around the same time as he was first performing this album. I'm not pretending to be familiar with all of the intimate details of this matter, but am surprised that an outspoken man like…﻿ 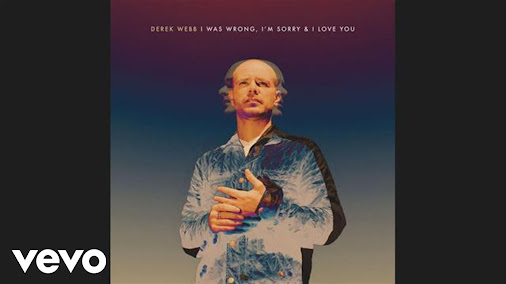 I am a divorced man, now remarried. There, I just said it out loud.

But when you type something in a public setting, it’s pretty much the same thing, right? The people who you are afraid to offend, the people who you want to have a good impression of you, are not always those in your vicinity any longer, but those connected to you online. I’m not so sure this is a good thing.

That’s not to say that we shouldn’t make connections online. Of course we should! But the real connections that will have a lasting impact on each other are best done face to face. There are some who I have known for a decade through my blog who have influenced me for the better, but none of these people have had as deep an impact as the man who I have met for coffee every Friday morning for three years.

Matthew 28:18
And Jesus came and said to them, “All authority in heaven and on earth has been given to me. Go therefore and make disciples of all nations, baptizing them in the name of the Father and of the Son and of the Holy Spirit, teaching them to observe all that I have commanded you. And behold, I am with you always, to the end of the age.”

Our primary mission as followers of Jesus is to live out the Great Commission. As we’re doing so, we are to take care of the widows and orphans and love one another, but the underlying instruction given to us by our king is laid out for us clearly. It is a mission that can be discussed and supported online, sure, but it still requires us to GO!

We go to make disciples of all nations, rather than just set up a website and hope they stumble upon it. We go to baptize those who become disciples. We go to teach these disciples all that Jesus has commanded. And as we go, Jesus remains with us always.

My blog has been in disrepair for several years. I am OK with that. I make no promises of regular updates in the future. I hope you are OK with that. I hope to nurture my relationships I have with those I know through online sources as we encourage each other to GO into our communities and beyond. And if we cannot go beyond, let us encourage each other to support those who can.

And above all, remember that the person across from you, the one who can look you in the eye, is in a more God-honoring position to sharpen you even as you sharpen them.

Admit it You were singing along. I was, and I’m not afraid to say so!

I like this plugin! The hooks don’t carry over an embedded YouTube video, but that’s not the plugin’s fault. I think I’ll do my posting in the future from Google+, then make minor edits from WordPress. Now if I could completely sync the comments…
This was posted on Google+

The Gospel does not call us to receive Christ as an addition to our life, but as our life. —Paul Washer

Ranked in order of awesomeness.

And you can read it here

Note: This post is lengthy. I also think it is worth reading.  I’m the author, so take that with a grain of salt.

So this blog never really got back up off the ground. After a cursory glance, you might assume that Doug has just fallen off the face of the earth. Or that he has forgotten how to write. Or that he has become antisocial. Or… well, you can fill in the blank.

Truth be told, I’m writing as much as I ever have. No, that’s a lie. I used to be on a frantic pace back in the day. I haven’t, and I couldn’t match that pace again. And therein lies my problem. If I can’t bring CoffeeSwirls back to it’s former glory, what’s the point?

I am still writing, socializing, thinking… But I am doing it outside of this blog. When I first started blogging, there was no Facebook or MySpace, and Google was just one of several search engines. There was no iPhone and apps were what you gave to employers if you were looking for a job. My cell phone did have the game “Snake” however, and I was hooked on it.

If you wanted to be social online, you either got your own website or you got on the news feeds, or whatever those archaic things were called. And once you had a website, you needed some way to add content. Creating HTML files on a daily basis sucked, so like many others, I found blogging software and tried it out. I added an e-mail newsletter and I figured I had my bases pretty much covered.

I would post on my blog and comment on other people’s blogs. We had blogrolls and bloglines. We linked to each other. It was social media. It worked for us. When MySpace came out, I didn’t even bother because the blogosphere was good enough for me.

Facebook came out and people started moving to that. I would get an almost daily request from this or that person to join and I eventually did. The games on Facebook are better than “Snake” on my old Nokia phone, by the way. Then came Twitter, and I eventually gave that a try as well. I’m still not much of a fan, to be honest. But Twitter does have it’s uses.

If you look for me now on Facebook, you’ll see mostly stupid pictures and some content that is carried over from Google+. If you find me on Twitter, you’ll see some leftover spam from when I was last hacked. I’m not that motivated to reactivate the Twitter stream. It doesn’t add anything to my life. If you find me on Google+ though, there is quite a bit of content. Some of it silly. Some of it thought out. All of it me. And the more I get to know about my friends inside Google+, the more categories of Doug are opened to them. Because Google+ is built around shared interests with a wider variety of people rather than pre-existing relationships.

Google+ is built around shared interests rather than pre-existing relationships.

Google+ is only a ghost town to the people who refuse to engage with it. Kinda like how Facebook was a ghost town when you first joined and hadn’t accepted any friend requests yet. Any social medium is what you make of it. So people who say that Google+ is a waste of time and energy aren’t saying a thing about G+ but are saying a lot about their knowledge of the intent behind how G+ is built.

Recently, Lifehacker.com took a poll from their readers where they asked What’s Your Social Network of Choice? At the time I’m writing this, Google+ has over 60% of the vote and Facebook has under 15%. And most of these votes were cast while Lifehacker was stacking the deck in favor of Facebook and Twitter, which has since been changed. But if you read through the comments you’ll see something very interesting.

Nobody defends Facebook by saying that they enjoy using Facebook. Not a one. They say that their family and their old high school friends are on Facebook so they have no choice but to be on there as well. People remain on Facebook out of some misguided sense of social necessity even though most of them do not enjoy Facebook.

Sure, Facebook has games to play. I used to play them too. I also used to play “Snake” on my phone. Have I mentioned that before?

So this blog is stage 1. Facebook was a sort of stage 2. Google+ is stage 3. And I’m not naive enough to think there won’t ever be a stage 4. But for now, I am ENJOYING the social content on Google+. What does this all mean?

So all this to say that not a whole lot will change. But me getting rid of my webhost and just having the URL redirect to Google+ is a big step for me. It’s a big step for my branding. I’ve had the same host for a decade. Wow, a decade. But my social network has changed from the blogosphere to Facebook and Google+. And out of the remaining networks, I prefer Google+. And I think you will also.